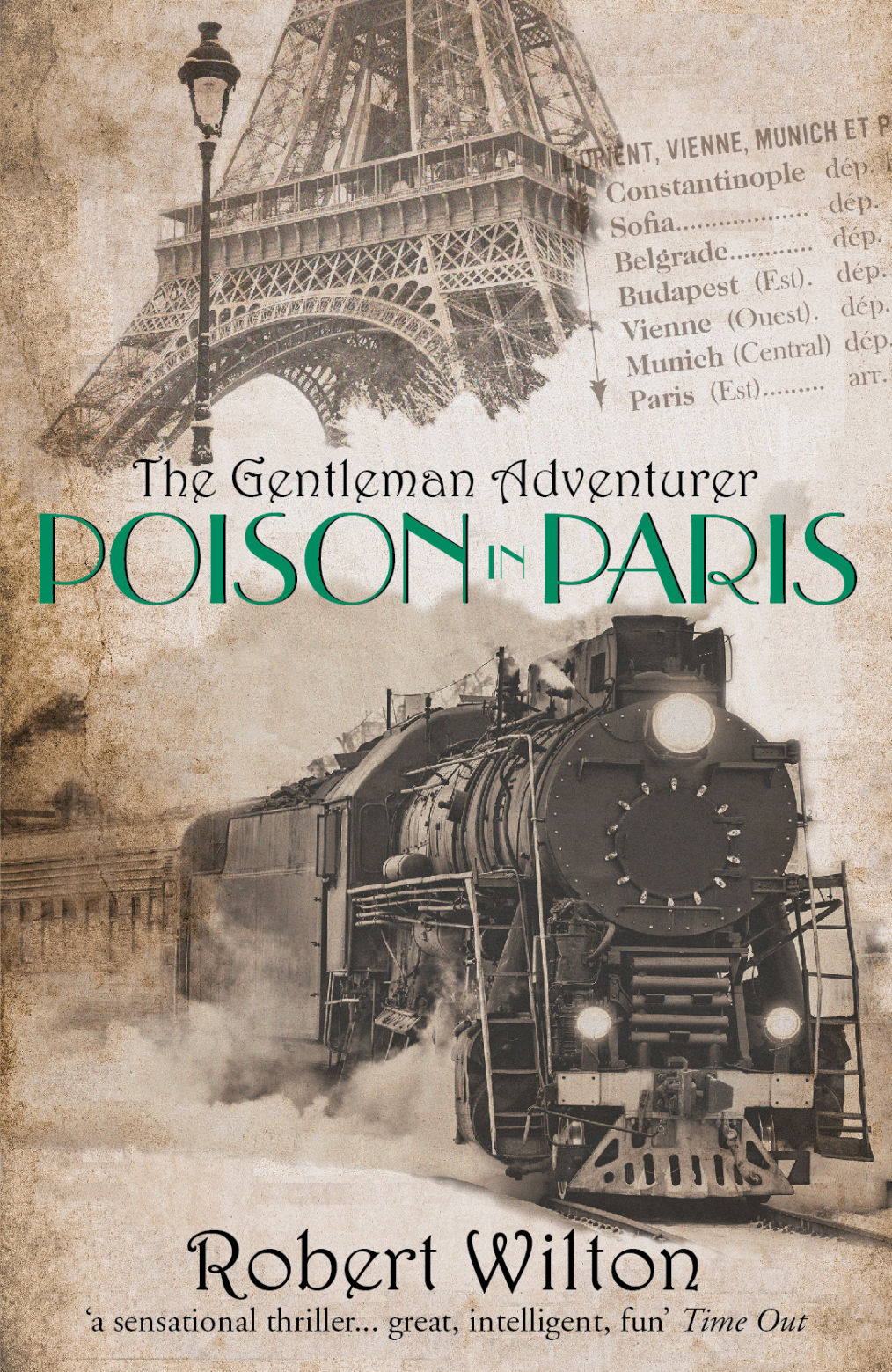 When the British Government asks Harry Delamere to courier a secret document from Constantinople to Paris on the Orient Express, it seems such a simple way to cover a couple of months' rent and some outstanding bills.
But someone knows a lot more than he does, no-one trusts him, and pretty much everyone's trying to kill him.
Poison in Paris: All the glamour of the Orient Express, melodrama, excitement, sinister foreign gentlemen, exotic foreign ladies, bandits, revolutionaries, assassins, other exotic foreign ladies, interruptions to the regular timetable, surprises, disguises, explosions, outrages, breath-taking escapes from death and an unfortunate incident in a Viennese lavatory.

If you'd like to share your email here, I'll send you a FREE short story,
and then occasional intriguing facts, historical chat, articles and updates.
(No obligation, ever; no sharing of data, ever; and cancel any time of course.)

Thanks for being in touch; have a lovely day. 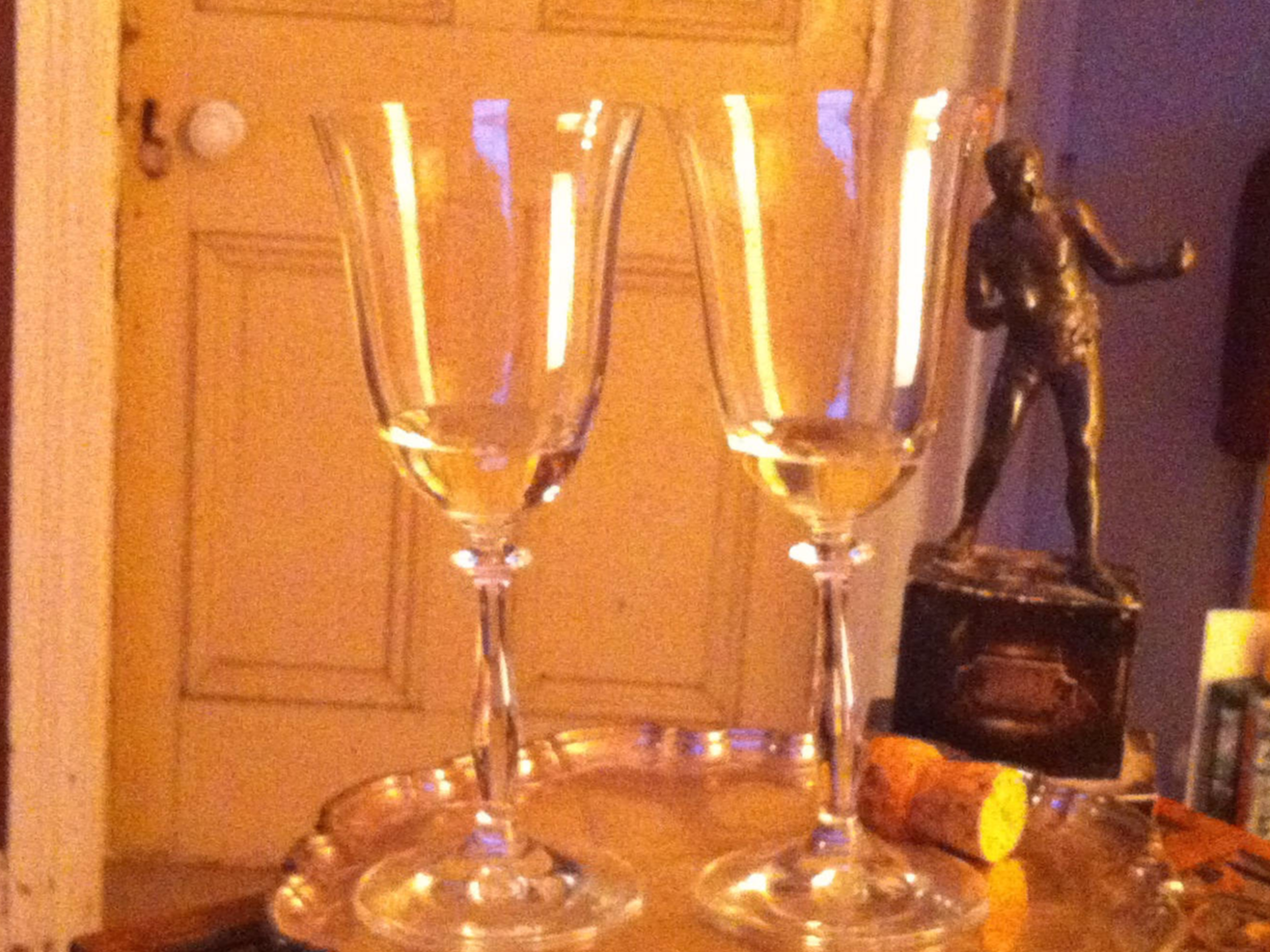 A new hero. A new series of historical entertainments.

In 1968, Le Figaro reported the discovery of a dossier of papers in a concealed compartment in a trunk, 'the property of a lady'; they proved to be the memoirs of the 'renowned traveller, adventurer and libertine' Harry Delamere, in the years before the First World War. Made public at last after 50 years, his exploits are now being published in a series of historical thrillers...

The first adventure is available now:

DEATH AND THE DREADNOUGHT

‘I’ve seen chaos in my time: the great bazaar in Constantinople; the retreat after Magersfontein; Frenchmen trying to put up a tent.’
London, 1910: Harry Delamere is wishing he hadn’t agreed to a midnight meeting in the shipyard where Britain’s newest battleship is being built.
Now the police want him for murder, the workers of Europe have declared him their enemy, he’s hiding out with a burlesque dancer called Annabella Bliss and everyone’s trying to kill him.
Murder, mystery, melodrama, skulduggery, derring-do, international espionage, dangerous liaisons, villainous foreigners, the British class system, a couple of sentimental music hall numbers, significant incidents on battleships, thrilling chases in motor cars, desperate escapades on railway trains, fights to the death armed with only a duck pâté sandwich, all in correct gentleman’s attire. 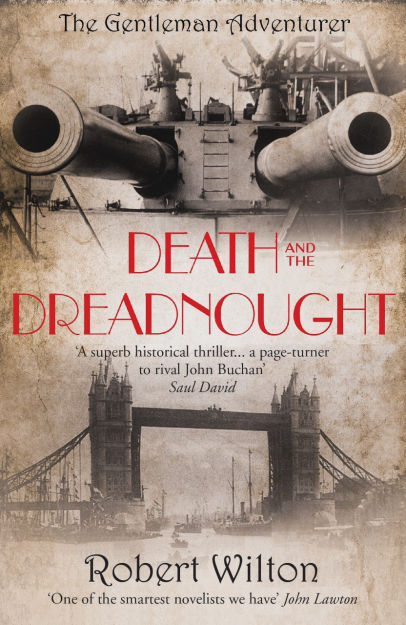 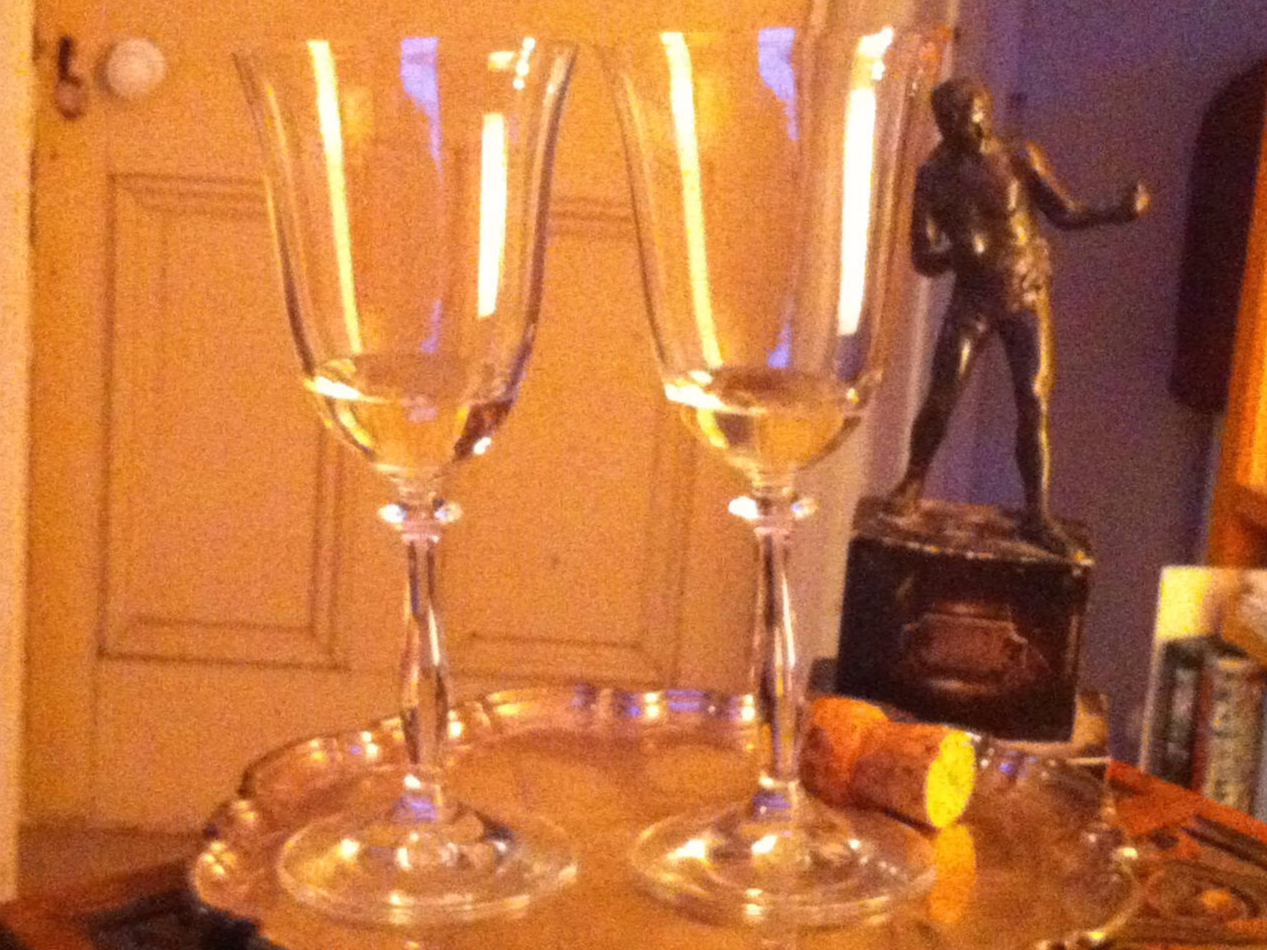 Robert: Death and the Dreadnought is what I wrote when I was supposed to be writing something else. I'd been asked for a modern thriller - heavier, worthier - and it was pretty hard going. I kept skiving off and writing another chapter of Delamere instead. It's a marvellous period to write about - the brittle glamour at the end of the Edwardian age, the new technologies and the old styles, just before the world collapsed into war. And Harry Delamere is just a blast to write: a fallen gentleman, an adventurer, arguably decent but rather dissolute, a man of principles but probably not the proper ones, and increasingly irritated as he finds himself caught up in a plot to steal British naval technology.